devote Methodists, commenced a Sunday School in their sitting room at

popular they were transferred to the nearby Workman’s Hall. 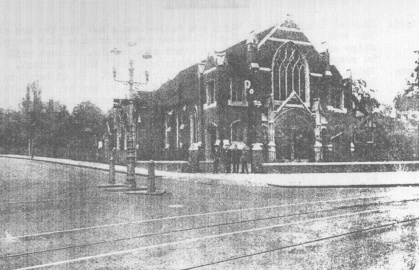 The old Park Lane Church on Harrow Road around 1935

and Union Road, the society then comprising about thirty members.

The growth of Edwardian Wembley increased the membership of the church

In 1911 the Wesleyan Hall was opened to replace the Union Road Chapel.

In the ensuing years an important decision was taken by the church trustees,

who included Wembley’s leading builders, Comben and Wakeling, to build

a new Church at the Blind Lane site. Work started in 1924 to the designs of

A.E Lambert and the church was opened at the corner of Park Lane and the

of chapels and other secular work including two major railway stations.

Winchmore Hill. Most of his work seems to have been twenty years earlier

than Park Lane, supporting the idea that it was old-fashioned as soon as it

was built! Another source describes the Winchmore Hill church of 1912
as in a free Gothic style and this is true of Park Lane also.

However by the 1940’s the new Church walls and roof began to give trouble,

one notable reason being the nearby railway cutting of the Grand Central Railway. The church continued to be used to its fullest through the 1950’s but the premises were now out date for modern worship and church activities. The decision was made, under the guidance of the Superintendent Minister Denise Evans,
to sell the valuable High Road site and to start again elsewhere. 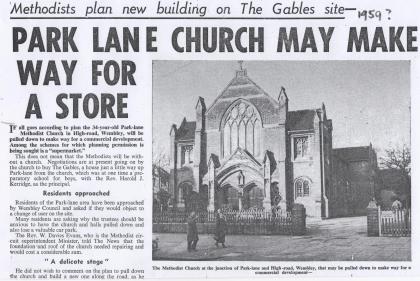 around £200,000 for the commercial development of shops and office space.

The new Church was to be located on the site of the former Gables Preparatory School for boys. Work began on the new site in the autumn of 1960, built to the designs of Thomas F Ford & Partners, architects and constructed by Comben

& Wakelin Ltd, building contractors. The inaugural Stonelaying service for the

The last service at the old church was Harvest Festival on 3rd September 1961,

for the occasion. Remaining services in September 1961 were held in the Wesley Hall until the end of the month when the old church was demolished.
Sunday School transferred to Copeland School in Harrow Road. The new and present 'Church on the Hill' was opened and dedicated in September 1962. 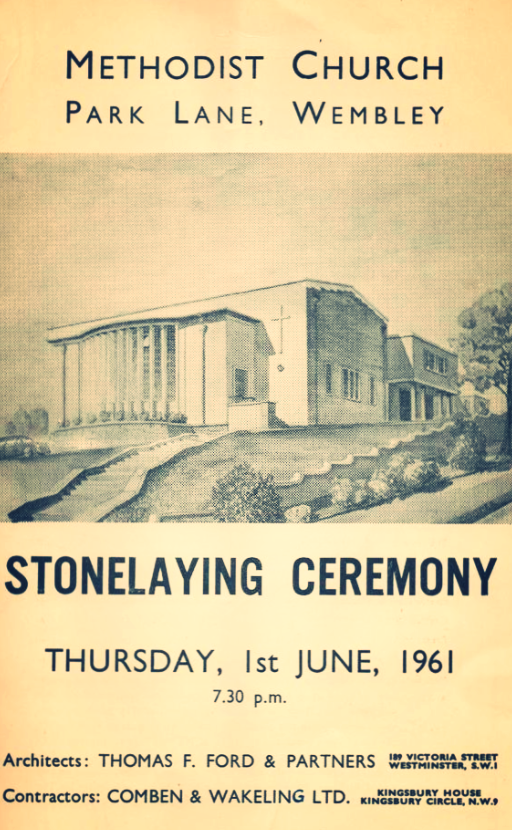 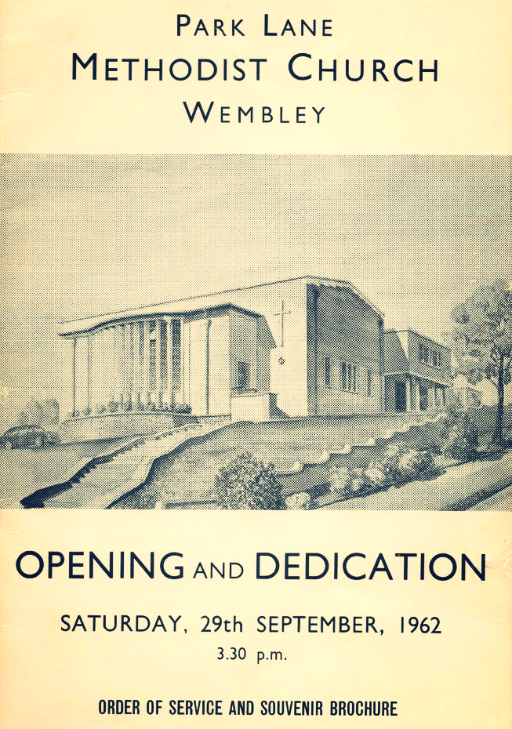 the relevant section within 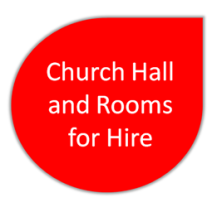