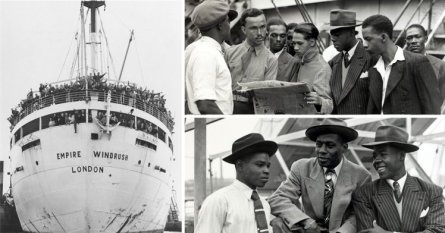 The Empire Windrush's voyage from the Caribbean to Tilbury took place in 1948. Believe it or not, very few of the migrants intended to stay in Britain for more than a few years. If it hadn't been for the Second World War, the Windrush and her passengers might not have made the voyage at all. During the war, thousands of Caribbean men and women had been recruited to serve in the armed forces.

When the Windrush stopped in Jamaica to pick up servicemen who were on leave from their units, many of their former comrades decided to make the trip in order to rejoin the RAF. More adventurous spirits, mostly young men, who had heard about the voyage and simply fancied coming to see England, 'the mother country', doubled their numbers.

June 22nd 1948, the day that the Windrush discharged its passengers at Tilbury, has become an important landmark in the history of modern Britain; and the image of the Caribbeans filing off its gangplank has come to symbolise many of the changes which have taken place here. Caribbean migrants have become a vital part of British society and, in the process, transformed important aspects of British life.

In 1948, Britain was just beginning to recover from the ravages of war. Housing was a huge problem and stayed that way for the next two decades. There was plenty of work, but the Caribbeans first clashed with the natives over the issue of accommodation. But alongside the conflicts and the discrimination, another process was taking place.

Excluded from much of the social and economic life around them, they began to adjust the institutions they brought with them - the churches, and a co-operative method of saving called the 'pardner' system. At the same time, Caribbeans began to participate in institutions to which they did have access: trade unions, local councils, and professional and staff associations. 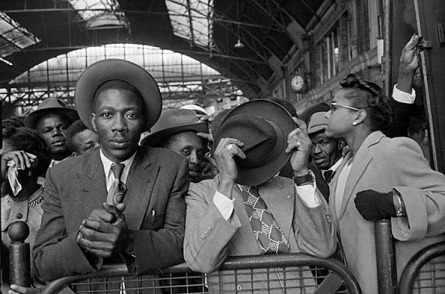 By the start of the seventies, West Indians were a familiar and established part of the British population, and they had achieved more than mere survival. One indication of their effect on British life is the Notting Hill Carnival. the carnival took place in the same streets where West Indians had been attacked and pursued by baying crowds, but it began as a celebration, a joyous all-inclusive testimony to the pleasure of being alive. As it developed, it became clear that here was a British festival where everyone was welcome, and everyone who wished to had a part to play.

Throughout the seventies, the children of the first wave of post-war Caribbean migrants began to develop a 'black culture' which is now part of a black British style shared by Africans, Asians and white young people alike.

The people of the Windrush, their children and grandchildren have played a vital role in creating a new concept of what it means to be British. To be British in the present day implies a person who might have their origins in Africa, the Caribbean, China, India, Greece, Turkey or anywhere else in the spectrum of nations.

The now-familiar debate about identity and citizenship was sparked off when the first Caribbeans stepped off the Windrush. Alongside that debate came the development of arguments about the regions within the United Kingdom - Scotland, Wales and Northern Ireland.

The British national self-image has been thoroughly remodelled in a very short time. Seen against the deadly agonies associated with ethnic conflicts in other European countries, Britain offers the example of a nation, which can live comfortably with a new and inclusive concept of citizenship. In a sense the journey of the Windrush has never ended. 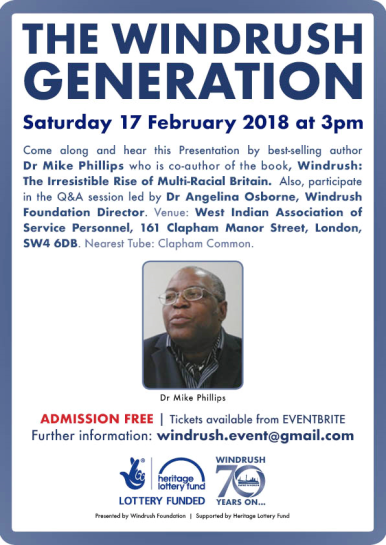